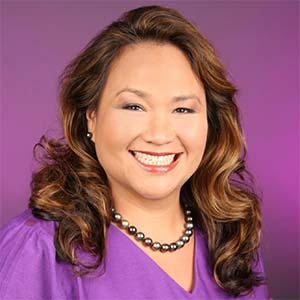 Radio and TV personality Mele Apana has been in the entertainment industry for over 30 years. She is a Kaua'i native, born into the re-known Apana family from Kapa'a. She is one of Hawaii's most revered emcees, hosting and producing sold out concerts throughout Hawaii and the continental U.S.

After graduating from the Kamehameha Schools, Mele became a radio star on Oahu, dominating #1 radio shows world-wide. Some of the stations she championed included KCCNFM100, HAWAIIAN105 KINE, POWER 104.3, and ISLAND 98.5. She was also the entertainment reporter for KHNL and KGMB "Hawaii News Now" with her radio partner Billy V.