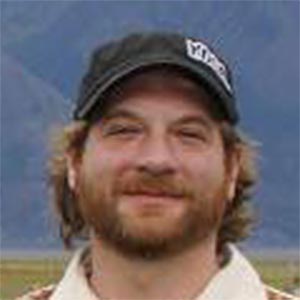 Aaron is a musical visionary from Anchorage, Alaska. He is proficient in electric and acoustic guitars, pedal steel, bottleneck slide, lap steel, Weissenborn, Dobro, and an occasional banjo, and his musican interests span many years. As a kid he sold his skis to buy his first electric guitar, a Gibson SG. That investment 25 years ago was the first step in his true dedication to the craft of guitar playing, to sacrificing other interests to make the time needed to develop his own personal style.

Aaron's distinctive guitar phrasing comes from years of saxophone playing in school bands, listening to and playing with his organ-playing grandfather and absorbing his dad's rock records. He applied his jazz construct to a larger love of alternative country, esoteric folk, British roots revival, rockabilly, classic rock and "anything that had interesting texture and feeling."

He currently anchors a group called Hope Social Club, currently touring Alaska and the Lower 48 states, and is involved in several other projects. "There isn't just one thing, one style I want to play—I don't see a point in that," he says with the air of a guitarist ready to venture into and conquer unknown musical territory. Aaron goes on to say that he is lucky enough to work in projects that allow him to create his own parts and have a creative input. "I really enjoy any situation that provides me with a musical challenge, which is stimulating to the musical process."